Kirjoittanut Craig Morris
7 kesäkuun, 2021
Sometimes, people just want some action during their long-awaited break. To get completely immersed in something where there can only be winners, losers, and salmiakki by your side. With Midsummer around the corner, and the competitive scenes in all the big esports titles heading closer to their prestigious tournaments, all our favourite teams and players […]

Sometimes, people just want some action during their long-awaited break. To get completely immersed in something where there can only be winners, losers, and salmiakki by your side.

With Midsummer around the corner, and the competitive scenes in all the big esports titles heading closer to their prestigious tournaments, all our favourite teams and players are sure to take every advantage they can get to make their fans proud.

The Qualifiers for DOTA 2's premiere tournament, The International, starts on June 23 world-wide. So why not join in on the MOBA genre's grandfather competitive game by playing some DOTA 2?

This game started off as a mod from the legendary Warcraft III, and kickstarted the entire genre. With over a hundred heroes and endless possibilities, express your skill and trump over the competition.

Grab your favourite beer and get ready to fight in the most difficult MOBA on the market, you might even get a rampage just in time for the dawn of Midsummer Day.

DOTA 2's biggest competition, League of Legends, takes the MOBA genre and allows it to be more accessible to people by being substantially easier to get into. However, this doesn't make it any less viable as your Midsummer competitive game!

The Midseason Invitational which happened back in May has shown that even the worst regions can take games off of the best, which creates the possibility of the closest World Championships yet.

To celebrate just how much the gap has closed over the years of League of Legends competition, play some League with your friends and reach your desired rank, or just enjoy yourself with the latest pool party skin line for Midsummer!

Are you going to be the next challenger in the competitive game that took the world by surprise?
Become a champion and step into the rift!

CS:GO is undoubtedly the king of FPS especially here in Finland, and there won't be a top 5 competitive games list without it being mentioned!

The PGL Major Stockholm is coming ever closer and during Midsummer's quiet time is a great time to get back to your desk and practice your smokes, hit those AWP headshots and channel your inner Aleksib. If you're interested, you could also get some coaching here on incoach since CS:GO is our bread and butter.

For the more competitive folks, the summer break can be the perfect time to reach the next level, but even for the more casual player, CS:GO will always be a fun and traditional FPS for long-time veterans of the genre and complete newbies.

If the FPS world's premiere competitive game is what you want, ready your aim and shoot!

If traditional FPS isn't your style, and want something more similar to the MOBA genre's skill based gameplay with FPS elements, then Overwatch might be more of your style.

With the wide cast of characters with all sorts of weapons, turrets and extendable hooks to use, there is a character- playstyle- and summer based skin that you might enjoy during this midsummer!

While there hasn't been a world tournament in the past year due to the pandemic, the competitive scene has been picking up again with the countdown cup looking forward to in August to fill your viewing needs. Especially with its sequel looming in, it might be the right time to give this competitive game a chance.

If OVERWATCH sounds appealing to you, get in there!

What happens when you're itching for an FPS with aspects of Overwatch incorporated with it? VALORANT happens, and this hero-based FPS from Riot Games delivers with a fast paced experience that seasoned FPS veterans can pick up and feel familiar with despite the new addition of hero abilities based on their agent pick.

But, even complete newbies to the FPS genre can pick up the game and have a lot of fun due to the emphasis on utility-based abilities which can be found on several of the game's roster of agents; thus creating a rather unique experience that has garnered massive success that may even give CS:GO some competition.

This Midsummer, if you haven't already, it may be a good time to try to pick up VALORANT as your new competitive game, or enjoy it as a spectator, as it provides quite the refreshing experience, seeing retired CS:GO veterans compete with veterans of other shooters, and that is something that only VALORANT could have done.

If you're interested in VALORANT, join the battle here!

And that is our list!
If you believe that some other games deserve a spot in the list more than these 5, feel free to bring it up in the comments below! Everyone has their own favourite esports and every year the competition seemingly gets better and better. But for now, enjoy your midsummer with these games- or your own preferred choices, and get that rank you always wanted to achieve!

By Christian on 5 kesäkuun, 2021
Esports education of semester 2020-2021 comes to an end and Incoach want's to thank everyone involved in this awesome school year.
Lue lisää 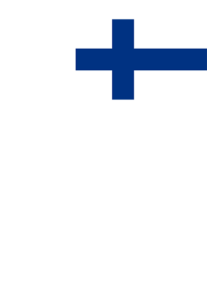 Please enable Strictly Necessary Cookies first so that we can save your preferences!